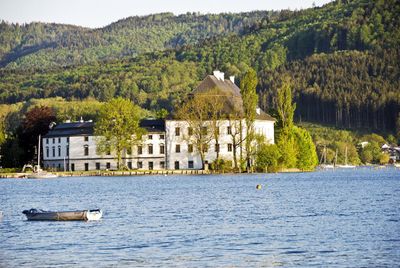 Today the Schloss Kammer - Kammer Castle is situated on a peninsula, originally on an island in the northern Attersee, and is a massive, rectangular, three-storey building with two low side wings surrounding a courtyard. 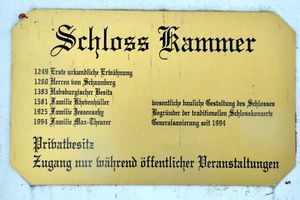 Am Attersee
4861 Schörfling am Attersee

The Kammer Castle is a private property and can not be visited.

show Kammer Castle in past times: